When I first started reading this, I was angry that this man was pepper sprayed and beaten, but by the time I finished reading I was about to bust a gut laughing at the danger of a “broccoli-based assault”.  It is not funny what happened to this man in any way, and I doubt that the Judge was trying to be funny when he wrote his opinion, but the way it’s worded would make this story a perfect Jon Stewart clip.

The 9th Circuit is severly critised for their poor rulings, which I believe is justified, but it’s easy to see why they remanded this for a jury trial.  What has this country become, that not wearing a seat belt and eating broccoli means being pepper sprayed and beaten by cops? 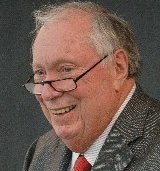 A federal appellate court ruled Friday that the pepper spraying and beating of a black motorist who did not wear his seat belt constituted excessive force. Mark Anthony Young, 46, was driving to the gym in February 2007 when Los Angeles County, California Sheriff’s Deputy Richard Wells stopped him so he could issue a ticket for failing to buckle up. Wells’ problems began when he was unable to produce his vehicle registration.

While Wells was writing up the ticket, Young got out of his truck and walked over to hand the deputy the vehicle’s paperwork. Wells ordered Young back into his truck, but Young did not feel like doing so. He sat on the curb, eating broccoli. In his legal filing, Wells claimed the broccoli was dangerous and that he “believed that [Young] was about to throw the broccoli at [him] in order to cause a distraction before assaulting him.”

After Young refused to get back in his car, Wells blasted him with pepper spray from behind, without warning. When Young stood up, Wells beat him to the ground with multiple baton blows. A second deputy arrived and held Young down on the ground so he could be handcuffed, tightly, so Young complained.

“Well, you know what, that’s part of not going along with the program,” Wells responded.

A district court judge found that Wells was immune from any claim that excessive force had been used. The Ninth Circuit US Court of Appeals disagreed, finding question of whether the use of significant force was justified should have been sent to a jury.

“Whatever such force is ultimately labeled, there is no question that its use against an individual is a sufficiently serious intrusion upon liberty that it must be justified by a commensurately serious state interest,” Judge Stephen Roy Reinhardt wrote for the three-judge panel. “Whether Wells’s claim that he feared a broccoli-based assault is credible and reasonable presents a genuine question of material fact that must be resolved not by a court ruling on a motion for summary judgment but by a jury in its capacity as the trier of fact.”

The court did not believe Wells had any true concern about his own safety and noted that the officer attributed various crude statements to Young in his incident report that an audio recording later proved were never said.

“Young’s failure to wear a seatbelt was a run-of-the-mill traffic violation that clearly provided little, if any, support for the use of force upon him,” Reinhardt wrote. “And while disobeying a peace officer’s order certainly provides more justification for force than does a minor traffic offense, such conduct still constitutes only a non-violent misdemeanor offense that will tend to justify force in far fewer circumstances than more serious offenses, such as violent felonies.”

The ruling reversed the lower court ruling and remanded it for further proceedings. A copy of the decision is available in a PDF file at the source link below. Source