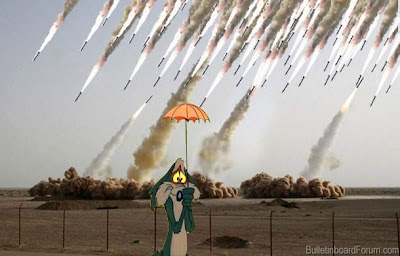 Rocky Top Politics (RTP) has been speculating on potential gubernatorial candidates for the 2018 election.  In their latest digs at Governor Bill Haslam and Tom Ingram (there’s plenty to dig into), RTP further explores the candidacy of Commissioner of Economic and Community Development Randy Boyd.  Name recognition for Boyd is growing here locally while he and the Governor of the Great State of Tennessee have their faces plastered all over the media for bringing jobs to Blount County.

Always interested in knowing what the costs to the taxpayers will be for these jobs, I was a tad bit surprised (yeah ok I should not be surprised because this is government we are talking about) to learn that Boyd doesn’t know how much these jobs will cost the taxpayers.

From the Knoxville News Sentinel:

“Asked about incentives offered to AMI, State Economic and Community Development Commissioner Randy Boyd said those have not been finalized in a contract.

Call me old fashioned, conservative, libertarian, a concerned citizen, a free thinker, a county commissioner or whatever you want, but someone has to ask the obvious question.  Shouldn’t a contract be written before PR celebration?  Does anyone remember a brewer that left town after ground was broken?

Oh those pesky little details.  Inquiring about those kinds of things (taxpayer moolah) can get you blocked by the people that don’t want you to know.

According to The Daily Times, “Details of local and state incentive packages for AMI were not available Tuesday.”  Now this one did not surprise me at all.  Government failing to provide information is par for the course.

Transparency could easily be achieved if that was the goal rather than PR press conferences.  Top secret discussions started in April.  Six months ought to be enough time to have some details about incentives to give to the public at a press conference.

In fairness to Commissioner Boyd, an unfinished contract may not be anymore cause for concern than adopting a pay scale that still has the word draft stamped on it, or signing the signature page of a contract without having a copy of the contract, or passing a massive health care ‘reform’ bill so that you can find out what’s in it or trying to privatize state jobs in secret.

For all the folks who have been worried the judicial tyranny/wrath of God resolution would hurt business recruitment to the area, you can stop worrying.  AMI founder and Executive Chairman Jim Antich said, “The Good Lord led us to East Tennessee.”  There you have it.  It wasn’t Byran Daniels and the umbrella Blount Partnership, or the Governor and his economic development commissioner or even the financial incentives of the yet to be finalized contract.  But that won’t stop the publicity seeking hounds from taking credit for bringing jobs to Blount County.

Neither Bryan Daniels or Blount County’s “effective conservative” Senator Doug Overbey have ever seen camera they don’t want to stand in front of.  Governor Haslam is going to great lengths to get his picture on the front pages of newspapers across the state.  Nearly every time there’s a “jobs” announcement, Haslam is there standing in front of the cameras.  That’s a lot of effort for publicity from someone who is term limited.  Randy Boyd is right there with him.  Future political aspirations for both?  Time will tell for both.

Boyd for Governor and Daniels for Commissioner of Economic and Community Development – Transparent Tennessee here we come.